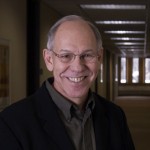 As part of a post-revolutionary revision of Virginia’s laws in 1785, led by Thomas Jefferson, the state’s lawmakers transformed the law of illegitimacy. The new laws gave illegitimate children family status for the first time in Anglo-American law by creating legal bonds between mothers and their offspring. Judges then cemented those bonds by granting unwed mothers to right to custody of their children. The innovation quickly spread around the new republic, spurred by the conviction that the law should not punish children for the sins their parents.

Changes in American child custody laws like this one continued long after the fervor of the revolution faded. They did so because a dynamic relationship emerged between the law and shifting conceptions of childhood, parenthood, and the legal regulation of the families. That relationship can best be understood by chronicling key periods of change in Virginia and other states.

Americans inherited British custody laws dominated by patriarchal rights and aristocratic interests. However, as the Virginia revision of illegitimacy law suggests, child custody law was transformed across the expanding United States after the revolution. Under American federalism, states had primary jurisdiction over children and families so transformation took place state by state. It also occurred principally in courtrooms as parents battled over their children. Instead of a envisioning the family as a miniature domestic state led by a patriarch, as did British and colonial law, these custody fights revealed a new understanding of the family as a private haven for marital fulfillment and child nurture. Within that family ideal, the twin belief in: 1.) children as more autonomous beings with their own needs and interests; and 2.) mothers as naturally endowed child caretakers undermined the foundations of existing custody law, particularly the traditional superiority of paternal custody rights.

As parental fights over children erupted in courtrooms around the country, state judges took the lead in changing custody law to express these new understandings of women and children. Their most important creation was a new legal doctrine or governing principle: the “Best Interest of the Child” rule. This standard became the foundation for child custody law into our own time. The new rule gave legal recognition to the rising belief that children has separate interests recognizable by law and that a judicial determination of their welfare should determine the outcome of custody clashes.

Given the era’s faith in maternal child care, judges used the vast discretion granted them by the new doctrine to devise legal rules and practices that enabled mothers to win most custody battles.

The “tender years rule,” for instance, required that young children be cared for by their mothers.

The gender logic of the era, though, also led some judges to confer the custody of older girls on mothers so they could be trained for roles in the home and that of older boys on fathers to prepare them for the marketplace. Women did not win all cases, especially if their spouses effectively challenged their sexual virtue or marital conduct, but the very nature of custody fights had been transformed.

Elites and wage-earning whites benefited the most from this judicial translation of dominant understandings of childhood and gender into legal rules and practices. As poor parents and other guardians deemed unfit to care for their offspring learned to their dismay, the “best interests” rule could be used by the courts and welfare officials to take children out of homes and place them in new “child saving” reformatories or with other families. While for most children the new custody rules determined which parent would care for them, for these children the law dictated that protecting their interests meant taking them from their homes.

For African-American slave children in states such as Virginia, the new American custody law had no impact whatsoever. Under slavery, their parents were denied the right to marry and their best interests were determined by owners who could allow them to stay with their fathers or mothers or sell them to another slave master.

The diversity of children’s lives exposed the limits of custody law as well as it possibilities.

Although American custody law, fundamentally organized around the best interests of the child doctrine, remained in place into the 21st century, it continued to undergo significant revisions. Beginning in the late 19th century, it became intertwined with the emergence of a “modern” conception of childhood. This emerging concept deemed childhood a separate stage of life and a special time for study, growth, and play.

Numerous examples illustrate the consequences of this new view of the young: establishment of age-graded classrooms; creation of pediatrics as a medical specialty; a decision of the U.S. Census to track child labor; construction of segregated children’s reading rooms in public libraries; and decisions by stores (e.g., Macy’s) to open toy departments.

Innovations such as these demonstrated how the distinction between being a child and an adult became increasingly significant and would continue to be so well into the future.

As the modern conception of childhood etched itself deeper into American culture, the new understanding of childhood as a special time for nurture, learning, and play reinforced the ongoing tendency to award custody to mothers.

Maternal preference became the dominant legal rule and practice. Even more dramatically, the association of custody and child nurture found its most innovative expression in the creation of adoption. Beginning in Massachusetts in 1851, state after state used custody law — the termination of biological parental rights and the creation of new parental rights in adoptive parents — to create a new kind of family bound together by choice not blood.

The modern conception of childhood also encouraged greater use of custody law to take children away from parents who failed to provide the kind of nurturing care it dictated. Local and state child welfare officials tried to “save” children from parents or relatives deemed unfit by placing them in foster families, special institutions for young (such as reformatories or orphanages), and most drastically by severing parent and child bonds completely. In this case, officials placed boys and girls up for adoption.

The Juvenile Court, another product of the new beliefs of the era regarding age, became a primary site for making such determinations. As the economic dislocations associate with industrialism, massive immigration from abroad, and major internal migration significantly increased American family diversity, those unable to give their children what came to be considered a proper childhood learned how custody law could be used to split families. The class, racial, and ethnic divergences in the application of custody law were significant enough to draw attention. A mid-20th century legal scholar used this and related policies to contend that America had dual of system of family law: one for rich and one for the poor.

The fundamental flexibility, if not indeterminacy, of American custody law and its best interests of the child doctrine became evident during another period of significant change that began in the late 20th century and continues into the present. It was spurred on by three distinct developments: changing understandings of gender roles, mass campaigns for individual rights that came to include both parents and children, and growing concern about the psychological, not merely the physical, well-being of children. At the same time, soaring divorce rates, affecting almost half of the nation’s children, made child custody conflicts more frequent and visible than at any time in American history.

New understandings of child nurture and the caretaking skills of both fathers and mothers, alongside changing notions of gender equity, undermined maternal preference as the fundamental means of implementing the best interests of the child doctrine. The most revealing result was the abolition of the tender years rule throughout the nation and the imposition of gender-neutral custody standards. As a result, families and courts experimented with alternative custodial arrangements such as joint or shared custody in which both parents took part in child rearing and in decisions about topics such as children’s education, medical care, and religious training. Even so, women still remain the primary custodial parent of most American children.

Though at times they aided the case of one parent or the other, their most significant role came when, with increasing frequency, they acted as agents of the court itself by advising judges on the psychological needs of children and their relationship with parents. In doing so, mental health experts changed the dynamic of custody negotiations and lawsuits, often at the expense of judicial discretion and a primary focus on the fitness of parents.

As notions of children’s interests and even rights continued to develop, boys and girls, especially teenagers, increasingly entered custody disputes to express their custodial preferences themselves or through a court appointed advocate known as a guardian ad litem. At the same time, fears about the psychological and emotional costs of litigation on all parties, especially children, as well as a growing aversion to litigation in family conflicts, led to an increasing reliance on meditation, arbitration, and other alternatives to the adversarial process in resolving custody cases.

As a result of these kinds of changes, new custody claims and clashes emerged. Some fathers of children born outside of marriage sought and received custody. Grandparents turned to the legal system to access visitation rights with their grandchildren. The practice of surrogacy led to still other battles over the custody of children. A declining faith in institutional care led more children from homes deemed unfit into foster families, which became the primary means of addressing the custody needs of neglected, abused, or unwanted children. These children and their parents, both biological and foster, had far fewer rights than those in other classes and majoritarian races. Though adoption remained the preferred outcome, most — especially older children — faced a life of foster care.

Adoption itself became engulfed in the custody conflicts of the era as clashes over the psychological and cultural benefits of interracial adoption broke out. Equally telling, judges in many states that enacted statutory and constitutional bans on same-sex marriage nevertheless accepted the custody claims of homosexuals otherwise deemed to be fit parents. The diversity of custody law also fueled efforts to create nationalized rules such as the Uniform Parentage Act of 1973, that was adopted by most states to balance the custody claims of mothers and fathers equally. Similarly, the federal Parental Kidnapping Prevention Act requires enforcement of custody decrees across state lines.

Custody Law into the Future

By the second decade of the 21st century, American child custody law remains dominated by the interplay between its past rules and current understandings of childhood, parenthood, and the role of the law in regulating American families. As a result it is not only a distinct body of legal rules, beliefs, and practices, but also a revealing source for examining popular and professional conceptions of the critical relationship between children, parents, civil society, and the state. In that way, American child custody law continues the search for the equitable treatment of the nation’s children started by Jefferson and his fellow revolutionaries.

Michael Grossberg, Governing the Hearth, Law and the Family in Nineteenth-Century America (1985)

Mary Ann Mason, From Father’s Property to Children’s Rights: The History of Child Custody in the United States (1994)