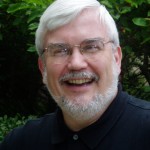 J. Herbie DiFonzo is a professor of law at the Maurice A. Deane School of Law at Hofstra University

The popular media have both reflected and influenced child custody outcomes throughout American history. While pamphlets and periodicals were the primary sources of information in the first two centuries of America’s existence, television, movies, and the Internet have grown to dominate popular culture in recent times.

The Emergence of a Separate Sphere

In the colonial era, Puritan orations and even women’s periodicals depicted married men as sovereign within their household. Eighteenth-century child rearing manuals were addressed solely to fathers. Divorces were rare in the colonial era, but in virtually all cases colonial law courts awarded sole custodial rights to the father, unless the court determined him an unfit parent.Beginning in the late 18th century, judges making custody determinations began balancing a mother’s childrearing capabilities against a father’s superior economic and political standing. The colonial view of children as household dependents or laborers gave way in the early 19th century to a more emotional, romantic notion of children as individuals with interests of their own. These equitable, less formalized familial notions altered the concept of children as property and legitimated the parental role of women. While 19th century American courts acknowledged the common law rule of paternal supremacy, they were confronted with two related cultural shifts: the industrial revolution’s remaking agrarian men into marketplace wage earners and the emergence of a “separate sphere” for women as domestic caregivers.

Victorian mothers were now idealized as the natural, instinctive custodians for young children.

Fathers disappeared from child rearing guidebooks and parents’ magazines in the mid-19th century, replaced by an emphasis on the primacy of mothers in family life.

Antebellum popular literature, including marriage manuals, children’s guides, advice-to-youth pamphlets, short stories, magazine features, and novels, hallowed the home as a symbol of sentiment. And the home was women’s world. The “cult of motherhood,” a romantic and spiritual ideal, led to mothers gaining custody not as an enhancement of women’s rights, but rather as perceived in the best interests of their children.

“A Wife Without A Husband, Burdened with Disgrace”

As divorce increased throughout the 19th century, child custody was often awarded to the “innocent” party in the divorce. This rule usually favored mothers, who were much more likely than fathers to be granted a divorce in families with children. Women’s supposed moral superiority could, however, lead to a harder fall from the pedestal when she violated her marital vows. A prominent Virginia Supreme Court opinion from 1872, Carr v. Carr, chronicled domestic disturbances that could have served as a set piece had John Galsworthy situated The Forsyte Saga in the Old Dominion.

The Court portrayed Thomas Carr as a stock Victorian villain, whose “conduct towards his young and inexperienced wife has in many respects been in the highest degree reprehensible.” Thomas was “coarse, rude, and petulant” to his wife Ascenith, leaving her “to bear alone burdens and trials which it should have been his highest pleasure to share and relieve; and he has been close, exacting and penurious with her.” The Court concluded that Thomas “has much, very much, for which to reproach himself.” In response to her husband’s maltreatment, Ascenith left him, taking their three-year old daughter. But the Court’s reproof of the husband paled before its condemnation of the wife. Her conduct was “immoral and corrupting” in that she “deserted her husband and his home, … thus disregarding his comfort and happiness, her own duty, and the decencies of society.” In severing the “sacred bond of marriage” and coming to court “in the undefined character of a wife without a husband, burdened with disgrace,” the Court perceived an even deeper perversion in her request to have her “innocent and unoffending daughter” share “this burden of disgrace, during the critical period of moral training and education.” The Court remanded the now-four year old girl to her father’s custody and denied the wife’s request for visitation with her daughter, while at the same time affording the wife six months to return home to her husband’s “bed and board.”

The mid-to-late 19th century women’s movement, beginning with the 1848 Seneca Falls Declaration and continuing via women’s rights platforms and addresses for the rest of the century, emphasized the moral superiority of women but viewed child custody as only one among many privileges women were seeking to obtain or expand. The power of cultural norms in enforcing custody arrangements may be seen in the paucity of reported cases. The Century Digest, a 50-volume compilation of all published court opinions in the United States from 1658–1896, reported approximately 300 child custody cases relating to divorce or separation in nearly 250 years.

In the early 20th century, both popular literature and formal divorce reforms generally ignored or downplayed issues of child custody, focusing instead on the morality of divorce.

Herbert Croly echoed the popular discourse in his celebrated The Promise of American Life (1909), observing that public opinion had not yet decided whether the prevalence of divorce constituted an abuse or a fulfillment of the institution of marriage. Discussions in the media of the effect of divorce on children focused on whether they were better off in successive marriages or in their unhappy original families, rather than whether they should live in their father’s or mother’s new home. Movie and novelistic portrayals of children caught in marital conflict elicited sympathy for a child adrift in an adult world. Henry James’ What Maisie Knew (1897) depicted a precocious child “passing shuttlecock fashion from one vituperative parent to the other,” as described by noted essayist Katherine Fullerton Gerould in the 1923 Atlantic. Gerould added her voice to a growing media chorus claiming that forcing children to live in an unhappy home was worse than divorce, no matter which parent obtained custody. Edith Wharton’s 1928 novel The Children (made into a Fredric March movie the following year) told the story of several children of divorced parents weary of shuttling between them. A divorce melodrama, the 1935 film Tomorrow’s Youth also illustrated the dangers of shared custody on the development and happiness of a child torn between his parents.

Family law rules decreeing that fathers pay spousal and child support while mothers obtained child custody were part of a popularly-held view that women were both more nurturing than men and less economically capable.

No-fault divorce arose in the 1970s as part of a cultural moment promising a “clean break” for divorcing parents.

But American society quickly backtracked, with a flurry of popular literature contending that no-fault divorce had merely transferred the acrimony from a fight over divorce grounds to one over custody and finances. That easy answers to custody questions were impossible is at the heart of the multiple Oscar-winning 1979 film, Kramer vs. Kramer. The movie depicts the brutality of a courtroom fight over custody, won by the mother (Meryl Streep) apparently on purely gendered grounds, who realizes afterwards that the father (Dustin Hoffman) is a better parent for their child.

Barbara Defoe Whitehead’s influential 1993 Atlantic article Dan Quayle Was Right referred to the then-Vice President’s criticism of the decision of Murphy Brown, the unmarried title character in a popular TV show to have a baby. Whitehead’s article and subsequent popular book, The Divorce Culture (1997), argued that single-motherhood-by-choice as well as divorce-for-the-asking had shifted family law and culture from protecting children’s well being to furthering adult happiness.

American society is deeply conflicted on child custody. Complicating factors abound: almost half of American couples cohabit rather than marry; a growing segment of same-sex couples (both married and unmarried) are raising children; and gestational surrogacy has spread as an alternative means for couples to have children. The dramatic 1980s struggle between the intended parents and the surrogate mother in the Baby M. case gripped national attention and triggered an unending torrent of court decisions, popular and scholarly articles and books, movies and TV shows, all re-examining the meaning of parenthood and the custody of children born through surrogacy. A 2003 People Magazine cover, “She’s Having My Babies!,” pictured a TV personality with her surrogate bearing twins. A decade later NBC broadcast The New Normal, a series about a gay male couple and their gestational surrogate. In 2014, a print and video documentary appeared in the New York Times discussing the Baby M. saga and the future of surrogacy.

Legal custody standards focus on the “best interests of the child” and proclaim gender neutrality between the parents. Mothers are still generally awarded child custody, but a fathers’ rights campaign has roiled legislatures and inundated the Internet calling for a presumptive 50-50 division of child custody. Unsurprisingly, in view of the publicity surrounding rapid advances in reproductive technology, the frequency of blended families, and the upsurge in cohabitation, lawmakers have begun recognizing the claims of non-parents to child custody and visitation. For example, a Virginia statute allows a “person with a legitimate interest” in the child to request child custody. These claimants could include gay spouses or partners of parents, grandparents, other relatives, and long time caretakers.

Responding to the harms litigation causes children, in an ever-growing number of child custody resolutions the divorcing parents have, with judicial blessing, agreed to “joint custody.” Beginning in the 1990s, the media began publicizing “parenting plans” devised by the parents themselves to share custody following divorce or separation. “How To” articles on drafting effective agreements are now ubiquitous on the Internet. The prevalence of these custody plans may help ease the current cultural conflict and reframe post-divorce families in a more amicable fashion.

“I Have Four Parents”

The child custody zeitgeist has undergone radical transformation. In 1937 an article entitled “I Have Four Parents” appeared in The Saturday Evening Post and was reprinted in Reader’s Digest. It recounted the miseries of Joan, whose divorced parents had each remarried but continued to make her “bear the brunt of their resentments toward each other.” I Have Four Parents is also the title of a 2009 paperback about another child whose parents divorced and remarried. But Holly is thrilled by her “new life with TWO sets of wonderful, nurturing parents—and let’s not forget her new stepbrothers and stepsisters!” Child custody has indeed changed, but the swing from pathos to Pollyanna may be deceptive. American custody standards have over three centuries caromed from paternal domination to a maternal preference rule, and then to a best interests rubric that often favored mothers as the traditional homemakers and child rearers. In the 21st century child custody law is in disarray, but the culture has moved toward a more collaborative resolution of shared parenting devised by the parents themselves.