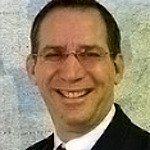 Peter Salem is the Executive Director of the Association of Family and Conciliation Courts.

The popular 1979 film Kramer vs. Kramer depicts the fallout of a classic child custody dispute, as Ted and Joanna Kramer (Dustin Hoffman and Meryl Streep) wage a contentious battle for custody of their son, Billy. Ironically, at the very time the film received the Academy Award for Best Picture, a sea change in the manner in which child custody disputes were being resolved was taking place. Thirty-five years later, bitter legal contests over children are the exception and families in dispute have a variety of options if they wish to avoid an adversarial proceeding. In addition to traditional litigation, today’s separating and divorcing parents may participate in mediation, collaborative law, early neutral evaluation, educational programs, hybrid processes for high conflict families, or a number of other processes that best meet their needs.

Around the same time, legal aid offices in Portland, Oregon, began conducting joint intake sessions with lawyers and social workers to help alleviate their heavy caseloads. These intake sessions resulted in marital settlement agreements, ultimately evolving into mediation. By the late 1970s, these methods spread to other parts of the country. In Dane County (Madison) Wisconsin, mediation emerged from an adapted custody evaluation process in which parents were encouraged to talk and listen to one another and to make their own decisions about their children.

In the private sector, O.J. Coogler, a lawyer who found motivation in his own costly and emotional divorce, established the first mediation practice in Atlanta, Georgia. Coogler founded the Family Mediation Association in 1975 and wrote the book Structured Mediation in Divorce Settlement in 1978.

Early mediation pioneers faced criticism from the legal community as bar associations declared mediation by non-lawyers to be unauthorized practice of law and discouraged lawyers from mediating through the threat of ethical sanctions.

Supporters of mediation persisted and, in an interesting twist, lawyers in many communities now control the practice of mediation.

While the acceptance of mediation was not immediate or universal, it slowly and steadily gained a foothold in the family law arena. Mediation’s popularity grew among professionals who tired of being party to heated custody disputes and were in search of a less adversarial and more humane process to help parents resolve conflict. Parents also became increasingly willing to attempt mediation prior to adversarial proceedings when presented with the opportunity.

In 1981, California became the first state to institute mandatory mediation of child custody disputes. Throughout the 1980s, many legislatures and state and local courts began to explore the use of mediation. In Virginia, Chief Justice Harry L. Carrico appointed a Commission on the Future of Virginia’s Judicial System in 1987 to suggest ways to revise the state’s justice system for the 21st century. In 1989 the Commission issued a report with several recommendations, including emphasizing the use of dispute resolution. As a result, Virginia established a Department of Dispute Resolution Services in 1991.

Other states followed suit, and by the end of the 1980s, jurisdictions in nearly 40 states mandated that divorcing parents in conflict over child custody participate in mediation.

Services were often provided by the court at low or no cost, either through court-connected agencies or contracts with community providers. This widespread growth of court-connected mediation was accompanied by a burgeoning and enthusiastic community of private practitioners, made up of lawyers and mental health professionals.

The Family Mediation Association ultimately gave way to the Academy of Family Mediators, which developed training guidelines for its members. In 1984, the Model Standards of Practice for Family and Divorce Mediation were developed by several mediation interest groups, led by the Association of Family and Conciliation Courts (AFCC). Also in 1984, the American Bar Association’s Family Law Section developed a set of standards for family mediators. Notably, AFCC and the ABA Family Law Section came together in 2001 to draft and promulgate the current standards.

In the 1980s, an early and influential study was conducted by researchers at the University of Virginia in the Charlottesville-Albermarle County Juvenile and Domestic Relations Courts. The study randomly assigned families to mediation or an adversary settlement/litigation comparison group. Researchers found that: (1) mediation dramatically reduced the number of court hearings; and (2) after 12 years, parents who mediated maintained significantly and substantially more face-to-face and telephone contact with their children and rated each other as better parents than those in the comparison group. These results are consistent with other studies that have generally found mediation to facilitate faster settlement, greater levels of party satisfaction, and improved post-separation family relationships.

While mediation proved popular and often effective, it did not meet with universal embrace. Some feminist legal scholars suggested that our patriarchal society has created such extreme advantages for men that mediation could not possibly provide a level field for negotiations and placed women at a significant disadvantage. Moreover, advocates for battered women expressed serious reservations about mediation in cases involving intimate partner violence (IPV), arguing that the dynamics of an abusive relationship create an inherently imbalanced process and outcomes that are potentially unsafe and/or unfair.

Many legislatures and courts placed restrictive conditions, or prohibitions, on mediation in cases involving IPV. The mediation community also responded with the development of hybrid models and processes (e.g., shuttle mediation, separate sessions) designed to address concerns. This included the development of IPV screening protocols, and in many jurisdictions, the requirement that all cases be screened for IPV.

While mediation proved to be an excellent fit for many separating and divorcing parents, family dispute resolution did not prove to be a one-size-fits-all proposition. For example, many parents do not have a dispute over the child custody (or parenting time as it has come to be called), but lack reliable information about dealing with the needs and challenges of children experiencing separation and divorce.

To address this need, many courts and communities implemented parent education programs. These prevention-oriented programs are typically 2 to 4 hours long and are information-based, with a focus on the importance of good parenting skills, addressing children’s needs and questions, and, minimizing conflict. Parents are often encouraged — and in many jurisdictions required — to complete a program before the court will grant a divorce.

Experts acknowledge that there is a need for more and better research on parent education programs;

however, existing studies indicate that those who participate are significantly better off than those who did not on several measurable outcomes, including co-parenting conflict, parent-child relationships, child well being and parent well being.

There are also non-traditional models of legal representation available to families who want a cooperative divorce process. Collaborative law (also known as collaborative practice) is designed to avoid the acrimony often associated with traditional litigation. Strategies include holding four-party meetings (clients and lawyers together), and incorporating interest-based bargaining principles, mental health coaches, and jointly selected neutral experts. The process includes a requirement that the attorneys will withdraw should either party decide to take the case to trial.

At the other end of the spectrum are parents who are highly litigious and have great difficulty cooperating and communicating. For these parents, processes based on cooperation may not be effective. Therefore, practitioners have developed a variety of hybrid processes to meet the needs of these families. While hybrid processes vary, the common principle is the inclusion, to the extent possible, of the participatory and collaborative elements of mediation, while retaining various elements associated with the litigation process, such as information gathering and third-party recommendations or decision making. These can help leverage an agreement in some cases.

An example of a hybrid process for high-conflict cases is parenting coordination. This method is used primarily in post-decree high conflict cases in which parents work exclusively with a neutral parenting coordinator (PC) to resolve ongoing disputes related to parenting time. PCs typically attempt to primarily provide education and then to mediate conflicts if necessary. If no agreement is reached, many PCs have limited scope decision-making authority that allows them to make minor modifications to parenting time arrangements (e.g. switching weekends) to resolve an impending conflict.

There are numerous hybrid processes, and they are typically developed and administered by family law professionals who provide mediation and other evaluative services. Examples include:

These may be weekend or in some cases, week-long whole family interventions or programs designed for children who are estranged from a parent. These programs are relatively new and program evaluations, while very limited, are encouraging.

Over the last four decades, the landscape of family dispute resolution has changed dramatically. Beginning with child custody mediation, enthusiastic and innovative family law professionals have developed a variety of dispute resolution processes that have helped families better manage the process of parenting after separation. However, challenges do remain.

Public funding for these services has been scaled back dramatically in recent years. Court-based dispute resolution services, once fully funded in many communities, now operate on a fraction of their former budgets. This has required agencies to scale back services, limiting the number of mediation sessions, for example, which may have an adverse impact on the quality of the process. Moreover, processes such as therapeutic retreats, collaborative law, or parenting coordination are costly interventions and public funding for these services is rare. Thus, it can be very difficult for those without resources to access these badly needed services.

A second challenge for family dispute resolution — one that often goes hand in hand with funding – has been conducting sufficient research to provide evidence that these interventions are effective. While the limited research that exists is encouraging and often useful, more and better research is needed. Unfortunately, there is no federal agency dedicated to supporting family law initiatives as there is for IPV, child abuse and neglect, or child support enforcement. Thus, funding for research and for services is extremely limited.

In spite of the limitations, the future of family dispute resolution is bright. The capacity of family law professionals to continuously assess the needs of the field and users of family courts and to consistently adapt existing processes to meet those requirements, promises a continuing stream of bold new innovations in the years ahead.